So many times I watch paranormal shows and the new homeowners are unaware of the ghost inside until... Creek! Boo! Bam!

I think we have a ghost!

Usually after the initial shock, the homeowners scramble to ignore what is happening to them. They scrape, putty, and paint the outside of their house to keep the structure looking new and untainted, but on the inside the house is still haunted and the activity continues to worsen. Much like the books we are given to read and memorize, call them god.

We are never taught that our fabled god really lives in South Beach, under an assumed name, and never checks his/her messages. Who could blame this thought form entity we en mass produced? S/he has all your devoted energy hurling his/her way and an online subscription to the entire library of entertainment shows ever produced.

Why? Because everyone’s idea of god is a fantasy. There are no gods or goddesses only entities with more knowledge and spiritual abilities than we do trapped in these human vessels. It would be like going back in time to the Pilgrims with a smart phone or laptop.

First the people would be scared. Some would figure you have divine providence because your technology is great and wonderful. Crops and other duties would flourish under the influence. After a time of talking amongst themselves, the patriarchs would want your technology for themselves since their personal power has diminished since you arrived.

If you cannot have god work for you to control the masses, then the theory must be assumed that you are in league with the devil! A mob mentality would form. You would be rounded up and burned at the stake. So much for the people being grateful for your contributions.

In a short amount of time, the men would figure out that the technology was not your source of power: education was. Soon the crops and other ideas you had would come into conflict with a collective and narrow way of thinking. Everything would begin to fail.

That is how come religion and having an unseen god are so much more manipulative. You cannot question, arrest, and try an imaginary entity in order to take possession of the power these entities wield. Instead, religion makes god elusive. God then needs priests, ministers, and elders to interpret god’s will for you. So, if you do question the prevailing thought of god, you are the one who is burned at the stake.

Where in history do we see this played over and over again?

What people do not understand is the entities they worship gave that shit up a long time ago. S/he no longer wants to keep up the haunted house you keep refurbishing over the generations. It is too much work. S/he allows you to do all the heavy lifting for him/her. Why stop milking the energetic cow when you get paid for not doing one thing?

So the rest of us are stuck with our inherited haunted houses. We learned the religion from our parents. Their parents gave that same religion to them and so on. Has anyone ever researched to discover exactly what and who you are sending all your love to? A good entity? A bad entity? Do you really know for certain?

All the while, people keep busy with appearances, painting, putting in a garden, and mowing the lawn. Religion is best kept kempt. Others vacate premises that no longer make sense to them, but often just move into other haunted houses. While a small percentage of haunted house owners stop, drop, and then call in a paranormal team.

That is when these few individuals discover the hidden façade of their houses. While working with the paranormal team, people research, listen, take readings, and come to a stark but honest conclusion: I’m not haunted, my religion is.

Religion comes from old tomes with verses rewritten hundreds of times. Public mythology and oral traditions were decades in the making but end up solidified by men who gain power through the mental and emotional enslavement of others. People either succumb to the religion of these men, or die because of it.

Much like the entities who thrive on our ignorance. There are entities out there that if you feed them your time and energy, they will harm you. Other entities are geared toward keeping you entranced so they can feed off your energy. Conversely, some entities are here to help us break free of the haunted house syndrome.

I know I speak at a different frequency than some others would like to hear because religion has and shall ever be what they focus on: a lower resonance. And why should they change or even investigate any haunted house claims? 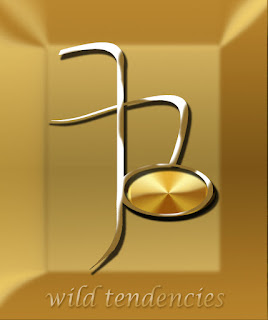 Remember, their parents and grandparents were in this religion too. It has always been this way. Why change something that ain’t broken… Don’t you see this circular reasoning as a problem? What is humanity actually doing worshiping at the heels of man made religion?

If you never ask questions, never research, never find out... doesn’t that make you a willing prisoner in the cell block of life? Isn’t the whole idea around freewill is to choose for oneself by learning from various sources and making a qualified, informed, and educated decision?

We all have owned haunted houses. I sure did. I learned that many social and political constructs push people into adopting religion. I have discovered that the tenets of religion are full of conjecture and sometimes open lies when it comes to owning this variety of haunted house.

But isn’t that the point? People in power do not want to give up their power even if that power means being deceitful. Religion has nothing to do with spirituality, but everything to do with command and control of the masses.

Do you own a religion to go to heaven?

Great question. If the only reason you own a haunted house is to gain access to a better place after death… well, aren’t you going to be in for a surprise! Because that is a fear based religious system. Fear creates prisons of the heart and in your mind. Fear in any religion is used for social and psychological control.

You are promised something that you have no idea if and when your god or religion can provide it. You become apart of the circular reasoning that never has a proof point. You have to have “faith.” That is psychological abuse.

Can we get an order of protection against this negative relationship?

There are some questions you need to ask of your religion to see if your haunted house is controlling you in an unacceptable manner: Do you have to dress or speak a certain way in order to accommodate your religious leaders or god? Are you subject to mandatory holidays and rituals? Must you spend money? Are you allowed to leave the religion without penalty? Do you get any benefits from your religion besides being in a collective hive mind?

Can you still get where you want to be in life or death without the okay from the Saturn symbol of the bearded old man who really did retire in South Beach?

So the next time you open a book, or quote a verse, do a mental check. Just how much personal power are you giving away to an entity you don’t know, haven’t researched, and don’t know its real name or purpose?

After learning about religion, I sold my haunted house. I walked away after seeing how much my haunted house was controlling my expectations of myself. After I left, I exorcised the limited mentality religion had over me.

I rather commune with great minds of the universe talking about light is everything, the universe is an electric model, and we are the power to heal and love and accept ourselves and others. We are who we have been searching for this entire time. We can fill the void of spirituality without the fear, control, or subjugation. We are free if we choose to be.

So take some time and respect your process. If your ideas about your religion can stand up to your own scrutiny, then you are a free person making an educated decision.

If not, you will keep on living in the fear and control of an unknown entity haunting the house you call home.

This essay was syndicated by the Feral Human Project with permission of the author, Moon Mullan. Originally published by Sonoran Dawn Studios.

Step out of the confines of the comfortable... become the wisdom in the wind and dance the motions of the moonlight. Be wild. Become feral. Transform into the whispers that change the world.
Editors
Jack Liam
Onyx Rae
and Special Guest Appearances
Social Media
Facebook, Mewe, Minds
Gab

Has the Safe Space Community Created Our Mass Shooters?
Religion is Like Owning a Haunted House
The Politics of the Creative Mind: Is Conformity Worth the Price of Admission?