Has the Safe Space Community Created Our Mass Shooters?

Feral Humans Writer, DL Mullan
Creative Writing / Social Programming
__________________
Does the safe space culture of inhibiting freedom of speech and expression through censorship the main cause of mass shooters?
Just think about it.
Anything you say can and will be held against you in the court of public opinion. You want to curb illegal immigration? Then you are racist. You want a secure border? You are racist. You do not want gun control? You are still a racist. Even climate change is about racism! So why say anything if you are going to be labeled a racist, Nazi, and bigot?
The extreme doctrine of the safe space inclusion cult has become so radicalized that you could lose your job if you have the wrong opinion. In more public cases, you could lose your wife and kids if you are not politically correct. In this climate of "inclusive" behaviors, you could lose everything you have worked for because of this abusive relationship of bullying, ridicule, and threats from a small group of social justice confirming prison guards. That leaves the rest of humanity as their unarmed prisoners in the ongoing conflict between freedom versus dictate.
When a prisoner of war is isolated, he sits in silence for days, weeks, or more. After his mental state deteriorates into madness because of the overwhelming silence, enclosure, and social exclusion, he then begins to speak to himself as a means of comfort and reaffirm his sanity. Sanity he has already lost.
Humans cannot be in seclusion for long. We are social creatures and we need to be with other social creatures: humans, cats, dogs, and whoever fills the void. Without socialization, the human psyche falters. Insanity creeps in.
As people under the boot of the social justice warrior dominion become more and more isolated on the fringes of society who do not subscribe to the depravity of a social credit score, these otherwise normal people crumble without an expressive outlet. The outsiders looking in would become more afraid of being discovered as a closet dissenter. Afraid to lose their social standing on social media, funding sources, and other means of survival. Over time these frustrations would mount because they fear the people around them might guess their real political leanings from jokes or comments made. Slowly, suspicion becomes fear; fear becomes paranoia. The loss of all sense of right and wrong takes over like a prisoner of war. All there is left is to act before the enemy comes in to take you away to the social justice firing squad called: deplatforming.
That is how devious a social credit score becomes to a populace. It snatches their hopes and dreams for the horrors of a pure democracy. Your every move becomes a record of your guilt and you must prove your inclusiveness by the minute. 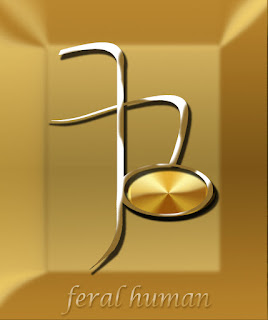 That creates a small population of these inclusive-maintaining prison guards. Social Justice Warriors are born to outline arbitrary and ever-changing social rules for everyone to follow. These lines change day to day. The lines are multiple choice and fill in the blank at a given moment. People need to know the neurolinguistic terms and phrases from group to individual.
When the prison guards find a dissenter, then all hell breaks loose. That person who has defied them is harassed, bullied, attacked and threatened to conform. If the prisoner of war refuses, then a Social Justice Warrior reigns terror, doxxing, and other forms of social blackmail to demand instant lockstep with them. Their abusive behavior has no bounds and to counter their cult like actions is met with more extreme social controls including but not limited to violence and death.
In a free society, people are allowed to color outside the lines. When we voice our opinion, our social interactions frame our ideas in a construct of societal norms and mores. So people can try on different colors. Some people become priests and nuns. Some people become celebrities. Others join the business, education, military, or service industry community. A small percentage use the colors of crime and debauchery instead of more positive expressions of the human condition. But that is their right to try on those colors. If you are never given the chance to color, then how are you to ever learn what your society and culture values?
Humans need context. Humans need references. Humans need positive role models that embody their cultural heritage. That is how society and subsequent culture defines the human experience.
When people are treated all the same, with the same needs and the same solutions, then you take away what a person needs to grow into a healthy adult. Safe space cults do not create the crucible that challenges and socializes the human psyche to comprehend the world and all the nuances in it. Instead, inclusion has created a population that exhibits more negative behaviors associated with either a prison guard or prisoner of war than an emotionally healthy, stable adult.
In the end, the explosive reactions of mass shootings become the only outlet some see to express their anger, frustration, and hatred for the person they have become inside. People who pull the trigger on others in the cold blooded ecstasy emulating a blaze of glory are already dead. There is nothing more a society can do to rehabilitate such an individual and pre-spree intervention is not possible with the current schema of left-right, black and white thinking that has led us to the safe space culture of exclusion of free thought and speech through the one-size fits all solution of social justice.
Inclusion by definition should include everyone's point of view. Except in a world where people never grow or mature through the rites of passage most humans have enjoyed until now, there is no custom devised to handle fringe ideas, individualistic speech, or independent thought processes. So the inclusive cult shuns instead of understands further driving a wedge between the prison guards and their prisoners.
At some point, even the social justice warrior fails to discern the difference between ideology and reality leading to their own killing spree. Viral behavior through media hype and political theater leads idealism down that darkened path of destruction. That nonstop advertisement becomes the trigger by which conformity is instituted as social justice demands. As people fight against social justice as other individuals use it as a means of authority, control, and uniformity, more and more mass shootings commence all in the name of those innocent lives that have been taken.
Unfortunately this result has occurred in repetitive fashion with no end in sight. Should our society clamor for gun control? Or, should we take back our freedom of expression and speech to balance out the polarization in our society?
When humans insulted each other especially in jest, culture appeared calm and steady. With the push for social justice, the human condition has eroded into a closed prison system. A small group of cultists demand uniformity and adherence to strict culturally inflexible ideals that is leading humanity to the breaking point.

Humans require the freedom to express themselves without retaliation, judgement or, censorship. The prescription to alleviate the confines of a tyrannical social justice credit score is to insult, incite, and interrupt the slide into this concentration camp of the mind. Now is the time to rebel against censorship to save this human's race.

Rebellion should never be a violent affair; it is an idea that is carried in the soul. The idea is to be the change you would like to see in the world through positive action. File complaints. File lawsuits. Run for public office. Follow through with legal and lawful solutions. Because as much as our humanity has gotten us into this mess; our humanity is what is going to save us.

Never surrender your freedom for security. In the end, you will have neither to show for your sacrifice. You will just be another prisoner in the war for your mind.

This essay was syndicated by the Feral Human Project with permission of the author. Originally published for the Villa de Paz Gazette and by Sonoran Dawn Studios.

Step out of the confines of the comfortable... become the wisdom in the wind and dance the motions of the moonlight. Be wild. Become feral. Transform into the whispers that change the world.
Editors
Jack Liam
Onyx Rae
and Special Guest Appearances
Social Media
Facebook, Mewe, Minds
Gab

Has the Safe Space Community Created Our Mass Shooters?
Religion is Like Owning a Haunted House
The Politics of the Creative Mind: Is Conformity Worth the Price of Admission?